Original article by Rosa Trieu, Redshift by Autodesk can be found here. 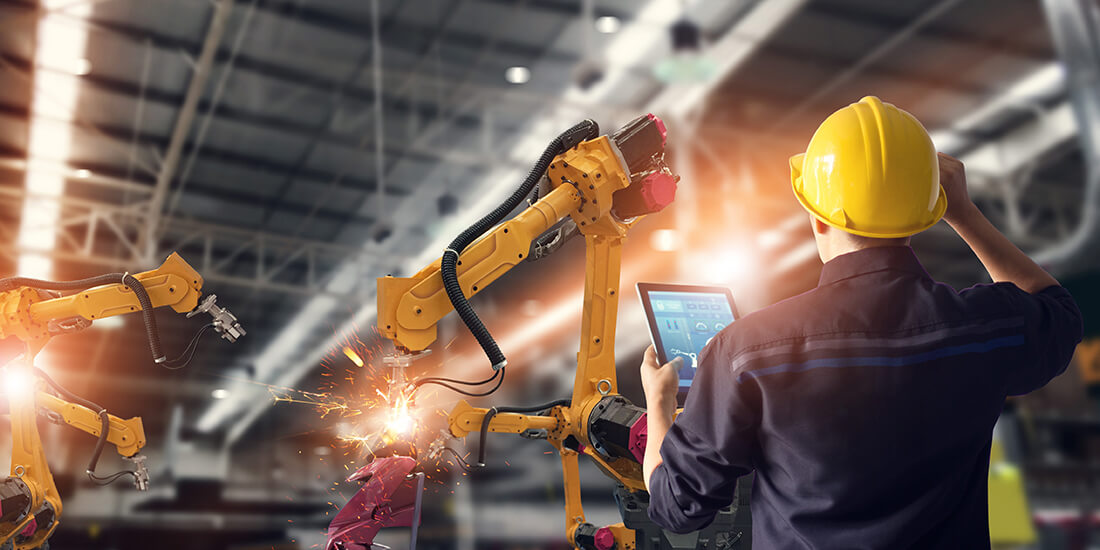 From automation to 3D printing, manufacturers around the world are undergoing digital transformations to stay competitive in the world of large-scale industrial machinery. So far, the results have been positive. By going against the grain in a largely traditional industry, manufacturers are seeing reduced unnecessary costs and increased revenues. For example, trainable and collaborative robots are being deployed in high-risk work environments, eliminating unsafe work and freeing humans to perform more satisfying jobs.

Here are five industrial innovations that large-scale manufacturers are using to enhance, automate, and modernize their businesses.

Claudius Peters is a 113-year-old German company that provides bulk-materials processing equipment for the cement, steel, gypsum, and aluminum industries. After watching a demo of generative-design software—which takes design goals and constraints and generates myriad possible permutations to choose from—the company used it to optimize a piece of large equipment that had long been one of its successful core products for the cement industry. To the company’s surprise, the software helped to generate a further optimized part that was 30% to 40% lighter. By adopting a nascent technology, Claudius Peters is on the path to cutting material, energy costs, and lead times. Read the article. 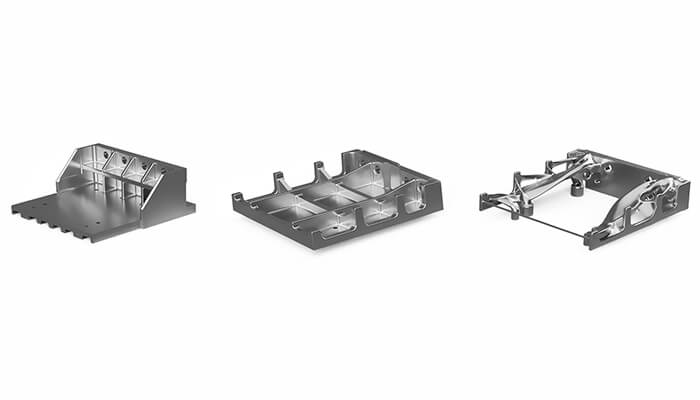 For Claudius Peters, the first results of the generative-design process resulted in “the alien part” (right), which was radically different from the original part (left) and the traditionally optimized part (center). Courtesy Claudius Peters.

New Hampshire–based technology company Desktop Metal manufactures a giant 3D metal printer that can produce stainless steel, aluminum, and other alloy parts at assembly-line speeds and in large quantities. With four machines that are 16 feet long, 6 feet tall, and weigh about as much as an SUV, they’re able to 3D print 100 times faster than existing high-end systems used for aerospace and at one-twentieth the cost, without the tooling required for traditional manufacturing processes. Read the article.

Hubert Hartmann—head of Audi’s A3 body shop in Ingolstadt, Germany—likens the shop to a Swiss watch because of its precision. While most auto plants use robots for dangerous tasks such as welding, Audi uses a combination of automation with other advanced-manufacturing technologies to improve efficiencies and reduce energy costs. Although automation has caused a reduction in manufacturing employment, it has also triggered some benefits: higher productivity, reduced demand for untrained workers, and an increased need for specialized and highly trained workers. Read the article.

Strata Manufacturing is an aircraft manufacturing company based in the UAE with strong ties to Airbus, Boeing, and Leonardo-Finmeccanica Aerostructures division. In January 2019, the company announced plans to partner with Digi Robotics Technologies to implement a new robotics system that will help automate its operations assembly unit, including drilling, reaming, and countersinking activities that are critical in the production of aircraft components. Read the article.